How Does Alcohol Damage A Teen’s Brain? 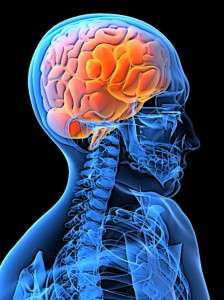 Make bad decisions– Because the prefrontal cortex of the brain is still developing until an individual is in his mid to late 20’s, the ability to reason and think things through in a thoughtful way is hindered. An adolescent has to be taught how to make healthy decisions and cannot be expected to do this on his own.  An adolescent does not have the ability to look 15 years into the future as an adult can do.

Develop a tolerance for the substance and drink more– When adolescents drink on multiple occasions, their brains develop a tolerance to it, requiring more alcohol to obtain the same effect as previously.  This encourages higher levels of use and can lead to abuse and dependence. The teen brain is more vulnerable, and most underage drinking is done in the form of binge drinking.  Teens develop a tolerance more quickly which causes them to drink more. This sets them up for possible addiction.

Take greater risks– Alcohol is considered a stimulant and therefore the likelihood of impulsive decision making is probable. Coupled with the lack of the development of the front part of the brain, adolescents make impulsive decisions and therefore take greater risks. Connections between the prefrontal cortex and the part of the brain responsible for the brain’s reward system are important in helping to regulate impulsive behavior. These areas are still developing during the teen years.  Alcohol can affect those connections and encourage impulsive behavior, causing a teen to do things they may regret.

Lose memory and delay brain function– The hippocampus, or area of the brain that stores memory, is still maturing during adolescence.  Research has shown that even small amounts of alcohol can make teens less likely to recall something they learned earlier or remember what they did while they were drinking.  The hippocampus of a drinker can be 10% smaller than that of a non- drinker and show the same signs as someone with Alzheimer’s disease.

Increase risk for addiction later in life– ADDICITION IS A PREVENTABLE DISEASE.  An adolescent who waits to take their first drink until age 21 is 70% less likely to develop a problem later in life. Those teens who begin drinking before age 15, are 6 times more likely to experience some type of addiction later.